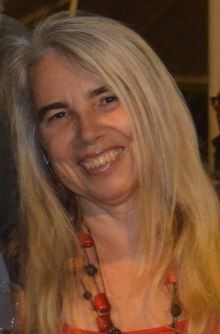 Prof. dr hab. Joanna Szpunar graduated from the Warsaw University of Technology in 1986 and obtained her Ph.D (1992) and D.Sc. (habilitation) (2000) from at the University of Warsaw. Since 1997 she works at the National Research Council of France (CNRS). In 2007 she obtained the title of professor of chemistry (Poland). She has a broad experience in the field of bio-inorganic speciation analysis with a focus on the identification and quantification of trace element species in biological systems and in the chemistry of metal-biomolecule interactions. She is the author or co-author of a book and more than 180 scientific publications in peer-reviewed international journals. Her works have received more than 10500 citations (h-factor 64).

Joanna Szpunar is a fellow of the Royal Society of Chemistry. She has given 50 invited lectures and is a member Advisory Boards of JAAS, Metallomics and Separations. The investigations carried out under her supervision and/or with her active participation resulted in the identification of molecular targets of metals in biological systems including, among others, Bi-binding proteins in Helicobacter pylori, tumor-related polypeptide in human epidermal keratinocytes upon exposure to Ni nanoparticles, Cd-metallothionein complexes in kidney cell lines upon exposure to CdS nanoparticles, I-contaning proteins in algae as well as selenoproteins in bacteria and plants. She has supervised 12 PhD theses and several post-doctoral fellows.