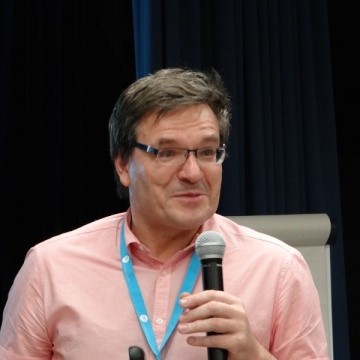 Prof. dr hab. Ryszard Łobiński graduated (1986) from the Warsaw University of Technology where he also obtained his Ph.D (1989) and D.Sc. (habilitation) (1994). Since 1994 he works at the National Research Council of France (CNRS). In 1999 he obtained the title of professor of chemistry (Poland). Ryszard Lobinski is a research director at the French National Research Council (CNRS) and director of the Institute for Analytical Sciences and Physicochemistry for the Environment and Materials (UMR 5254, Pau, France). He is an internationally recognized expert on the development of methods for the identification and determination of chemical forms of trace elements (e.g. metals) in the environment and biological systems. His research, focused on the understanding of the mechanism of the uptake, metabolism, accumulation and excretion of trace elements by living organisms, has largely contributed to the fields of metal speciation and metallomics. Professor Lobinski has authored four books and over 260 peer-reviewed articles which received ca. 17000 citations (H-factor 75). He received a CNRS Silver Medal in 2006.

He is a fellow of the Royal Society of Chemistry and was the chairman of the Winter Conference on Plasma Spectrochemistry (Pau, France) and the International Symposium on Metallomics (Warsaw, Poland) in 201. 9